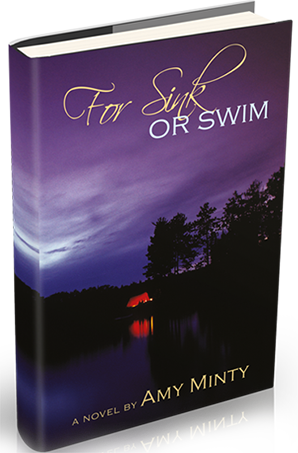 For Sink or Swim

Carter Hayes lives in an affluent New Jersey community, coaching at Reservoir Oaks High School as the 1980s come to a close. He’s been finagled into coaching women’s swimming. It’s not a good fit, given his predilections.

Hayes has cheated on his wife before, but surrounded by swimsuit-wearing teens, he’s on particularly dangerous ground.

Elizabeth Hayes, Carter’s wife, has long accepted her husband’s infidelity, seeing his faithlessness as the price she pays to maintain a stable home for their young children. Her own affections are for George Kane, head of the athletic department and Carter’s boss.

Reservoir Oaks itself is the center of an increasingly dirty mix of politics, drugs, and dirty money, much of it centered around Principal Gleaner, Carter’s best friend. The school’s corruption extends to the student bus service and Paul Huffington, a newcomer to the town and local gasoline distributer. Paul himself has an appetite for philandering only matched by his wife’s obsessive need for his sexual attention.

An unforeseen disaster will bring matters to a climax—where the value of secrecy is balanced against the value of life.

Amy Minty has authored the novels, For Better or Money, For Love or Sanity, For Sink or Swim, For Sex or Revenge and For Strip or Gamble, and her first non-fiction work, Dare To Do Nothing.